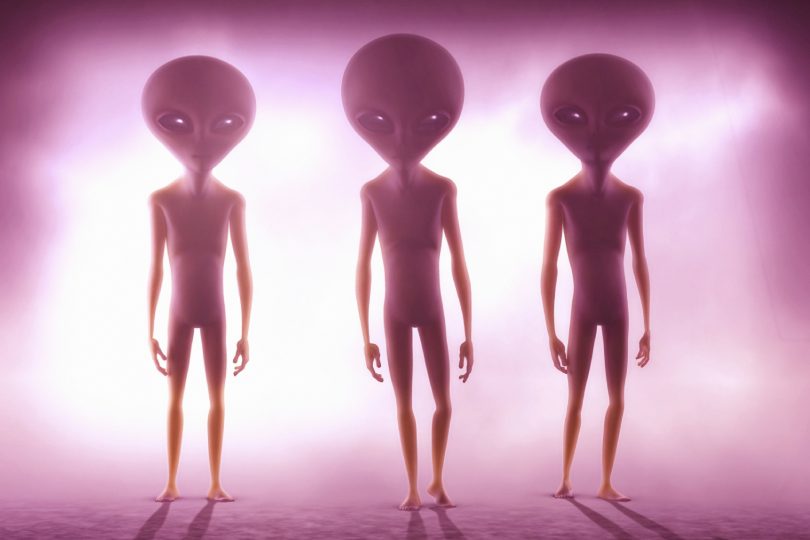 In the preface to God in the Dock by C. S. Lewis, Walter Hooper, in writing about a certain time when he and Lewis were reflecting on the issues facing Christianity in the modern culture (specifically reception with younger people), says, “One day we were speculating as to what would happen if a group of friendly and inquisitive Martians suddenly appeared in the middle of Oxford and asked (those who did not flee) what Christianity is. We wondered how many people, apart from voicing their prejudices about the Church, could supply them with much in the way of accurate information. On the whole, we doubted whether the Martians would take back to their world much that is worth having. On the other hand, ‘there is nothing,’ Lewis argued, ‘in the nature of the younger generation which incapacitates them for receiving Christianity.’ But, as he goes on to say, ‘no generation can bequeath to its successors what it has not got.’[1]

Hooper and Lewis’ criticism might come as a shock to some people who are not prepared to consider the facts about what it is, really, that Christianity is offering the world, and especially to the younger generation. Even though the cultural milieu of the twenty-first century is vastly different than the setting of the mid-twentieth century in which Hooper and Lewis found themselves, many of the same problems that were voiced then are still being voiced now. Believers are desiring to make the gospel message relevant in a time when relevance has become a private enterprise and secularism, individualism, and relativism reign in the hearts of humanity.

Hooper and Lewis are pointing out something very intriguing here concerning the face of Christianity. What do you think they are referring to when they assert that they don’t think that the Martians would receive much worth having from Christians regarding Christianity? What is it that the Christians at Oxford wouldn’t be able to tell them? Do they not know who Jesus is, what the Bible says, or the gospel message? Or perhaps they think that Christians are, by and large, unable to communicate the true meaning of Christianity?

Most of us are probably thinking that whoever those Christians would be at Oxford, they must be delinquent Christians if they would not be able to communicate much worth having to the Martians. But if someone asked you, “What is Christianity?” how would you respond? Would you begin to expound on a list of things you believe about the Bible and doctrines of the Christian faith? Would you deliver some sort of pre-made, canned answers designed to placate the generic, inquisitive probing of the populace? My guess is that such a response is by and large the type of thing that Hooper and Lewis are alluding to when they talk about how each person at Oxford would just be “voicing their prejudices about the Church.” If they were asked by the Martians, “What have you got?” they would strikingly miss the point.

Now before everyone gets worked up over that accusation and grabs their pitchforks, let me explain what I mean (and what I believe Hooper and Lewis were pointing out). If we take Christianity to be solely about what church we belong to and the particular creedal affirmations we support, then the Martians are probably going to get 10 out of 10 different answers from the people they talk to. If that is the portrait of Christianity that we would deliver, then why wouldn’t we conclude that the Martians would not have much worthwhile to take back to their world? They would have 10 versions of Christianity; and which of them would know what it all actually means? Why would we expect them to know what Christianity is if we fail in telling them what it is all about?

So, what are we saying that we have got? Is it a distinctive list of beliefs that differs from the person standing next to us? While that might be true in one sense and we might maintain very strong convictions about our beliefs, is that the heart of Christianity? Is that the message that truly matters when all is said and done? Creeds and doctrines and church affiliations? Or is there something more, something essentially primordial about Christianity that goes beneath all the talk and the theological controversies and denominational pride?

What if we started to think about Christianity not as representing something like the church or a body of doctrine, but rather someone? What if we answer the question “What have we got?” with one word—JESUS.

If we replied to the question of the Martians with the name Jesus, naturally the Martians would probably ask “Who is Jesus? And why do people believe in and follow him?”

In explaining the meaning of the Christian faith in terms of who Jesus is, Timothy Keller says:

“Jesus came, among other things, to take the melancholy burden of living for yourself off of you.” And moreover, because of Jesus, you are freed from “always being worried about your own needs—there’s nothing more claustrophobic than that. The self pity, the self absorption is terrible. The only way you’re going to actually surrender and live for someone else is if you have to surrender to a king, but a king you trust, and a king you know won’t oppress you. And he won’t.”[2]

I think if we boil down who Jesus is, we would say that he is a liberator, freeing us from ourselves. Jesus said, “The one who loves his life will lose it, and the one who hates his life in this world will keep it for eternal life” (John 12:25 CSB).

What is Jesus getting at here? Is Jesus anti-fun? Is he against us enjoying our lives and liking the life we have? Of course not! But Jesus is “anti-self,” meaning he came to draw us away from ourselves and to teach us that life is not found in self-interests (even the self-interests of our church and our specific belief system or doctrinal stance).

Rather, following Jesus is about surrendering to his leadership, his authority, his perspective. And that means giving up our right to live according to ourselves, living for what we want instead of seeking those things that he wants. It means that we bow before him, knowing full well that his hand is gracious and kind.

As Jesus told his followers, “Come to Me, all of you who are weary and burdened, and I will give you rest. All of you, take up My yoke and learn from Me, because I am gentle and humble in heart, and you will find rest for yourselves. For My yoke is easy and My burden is light” (Matt. 11:28-30 HCSB).

With such simplicity and directness about how the Christian faith is at its foundation a life surrendered to Jesus, Rachel Held Evans writes:

“Taking the yoke of Jesus is not about signing a doctrinal statement or making an intellectual commitment to a set of propositions. It isn’t about being right or getting our facts straight. It is about loving God and loving other people. The yoke is hard because the teachings of Jesus are radical: enemy love, unconditional forgiveness, extreme generosity. The yoke is easy because it is accessible to all—the studied and the ignorant, the rich and the poor, the religious and the nonreligious. Whether we like it or not, love is available to all people everywhere to be interpreted differently, applied differently, screwed up differently, and manifested differently. Love is bigger than faith, and it’s bigger than works, for it inhabits and transcends both….”[3]

The Picture We Paint

While there are many facets to understanding who Jesus is, what he taught, and what he asks of those who follow him, part of the core meaning of his life is often missed when talking about Christianity. People are so quick to speak of the end picture of salvation that they readily miss the current picture of the present life. Jesus did not just come to make available a future, but to change the present. Even though both components are needed to see the whole picture, people are more likely to see Jesus for who he is if they understand his purpose in the “now,” and not just in the “future.” The author of Hebrews says that Jesus came to “destroy the one holding the power of death—that is, the Devil—and free those who were held in slavery all their lives by the fear of death” (Heb. 2:15 HCSB).

But in the course of trying to present Jesus to the world, we can get caught up in arguing over fine nuances of theology and doctrines that only clutter the mind of the hearer. If we are to do justice to who Jesus is and be effective in making him known to the world, it has to be simple and relevant. As Evans said above, following Jesus “isn’t about being right or getting our facts straight [as important as that is]. It is about loving God and loving other people.” The first step in presenting Jesus to the world is to convey the core meaning of how to follow him. To get ahead of yourself and miss that critical juncture is to get caught up in the same error as the imaginary Christians of Oxford, voicing your prejudices about the church.

Thus, are we truly seeking to share Jesus with the world, or just promoting our system of Christianity? While our Christian faith is bound up in our church and the way we pray, worship, and teach, are we really telling people the most significant part of what we have got? Are we really focusing on the fundamental message of what it means to be Christian? Are we first and foremost pointing people to Jesus?

That should be our goal, should a Martian ever ask. 🙂