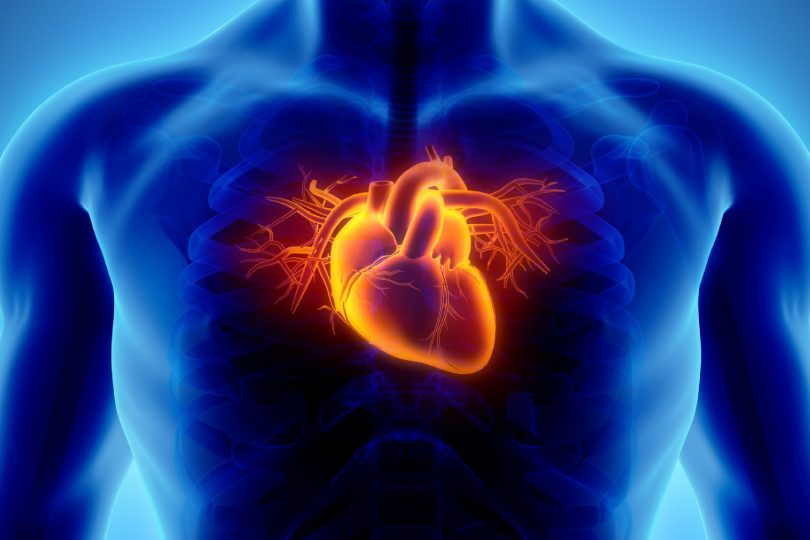 It’s been said that England and America are two nations separated by a common language. That sounds funny, but it is true in many ways. Words or sentences can mean totally different things in different countries and cultures. For example, take the phrase, “I’m mad about my flat.” In the United States, that sentence means you are angry that your car has a flat tire. In England, it means you love your apartment.

That same kind of problem can occur when we are dealing with words and phrases in the Bible, especially when they are being used idiomatically. The word “heart” is a good example of that, and it must be studied very diligently in order to be properly understood.

The Modern Definition of “Heart”

In the biblical languages, “heart” often referred to the center or “core” of something, or something considered “deep.” That is why Scripture speaks of “the heart of the sea” (Ps. 46:2 NASB), “the heart of the earth” (Matt. 12:40 NASB), and “the heart of the heavens” (Deut. 4:11 NASB). The “hidden person of the heart” (1 Peter 3:4 NASB) is the inner person, their deep and core character. When the Bible says that God tests the “heart,” He is testing what is deep inside of a person, as revealed through thoughts, plans, and actions.

Much of the modern world thinks of the heart as being the seat of the emotions. In fact, one definition of “heart” in the online “Urban Dictionary” is: “That which contains all love, caring, courage, compassion, tenderness, gentleness, happiness, awe, loyalty, passion, hope, beauty, feeling, laughter, trust, charity and joy” (accessed online; 2-10-2017). If we say an athlete lost a game because he “lacked heart,” we generally mean that he lacked the personal conviction and focus to do what it takes to win. If we say a person did not have any “heart” in the gift he gave someone, we mean that he did not care enough to choose an appropriate gift. If we say a person’s artwork or music has “heart,” we mean it communicates feeling or passion and reflects dedication on the part of the artist.

The Biblical Definition of “Heart”

Unlike our modern understanding, in the biblical culture, the “heart” referred to the seat of a person’s rational life and was associated with thinking, planning, and reasoning, and it often included how a person acted. The function of the brain was unknown in biblical times, so things that we generally assign to the brain, like thoughts, attitudes, and emotions, were generally assigned to the heart. Given that, we can see what Genesis 6:5 (NASB) means when it says that mankind was very wicked, and “the thoughts of his heart was only evil continually;” we would say the thoughts in his mind were only evil. Similarly, Proverbs 4:4 says we are to let our “hearts” hold on to wise words, but the proverb more precisely means that we are to keep wise words in our minds.

When we understand what the Hebrew word “heart” refers to, it helps tie verses in the Old and New Testaments together. For example, Jeremiah 17:9 (NASB) says, “The heart is more deceitful than all else and is desperately sick; who can understand it?” That is very close to what Paul wrote in Romans 7:15 (NASB): “For that which I am doing, I do not understand; for I am not practicing what I would like to do, but I am doing the very thing I hate.” If the “heart” is desperately sick and cannot be understood, no wonder we think and do things that we cannot understand and are ashamed of.

Another passage that is made clearer by an understanding of the use of “heart” in the Semitic culture lies is the record of Joseph. When Joseph’s brothers told their father, Jacob, that his favorite son was alive and ruling Egypt, the Bible says Jacob’s “heart became numb” (Gen. 45:26 ESV). In other words, his mind was numb and he could not think straight. Many versions say he was “stunned” (HCSB; NASB; NLT), which catches the meaning. When Pharaoh “hardened his heart” (Exod. 8:15 NASB), he “made up his mind” against God and Moses. A “wise-hearted” person had a wise mind (Exod. 36:1). To “walk in the imagination of your heart” (Deut. 29:19) was to walk by what you thought.

The Challenges of Translating “Heart”

Sometimes translators avoid using the word “heart” altogether because they know it would give English readers the wrong impression. For example, in the book of Job, God asked Satan, “Have you considered my servant Job” (Job 1:8 NASB). The Hebrew text is more literally, “Have you set your heart on my servant Job?” But if the text was translated that way, it would give a totally wrong impression to the English reader. When we today “set our hearts” on something, we really focus on it, which was not the meaning here. God was not asking Satan if he had focused on Job, but rather if he had even thought about him. The correct meaning is caught in some modern translations that have God asking Satan if he had “noticed” Job (CJB; NAB; NLT). In a similar way, Proverbs 23:17 (NASB) says, “Do not let your heart envy sinners,” but what that means in our modern English is “Don’t spend your mental time thinking enviously about what sinners have.”

There are several verses where the literal Hebrew text says that people who do foolish things “lack heart,” but the meaning in the Hebrew idiom is very different from our English. For example, Proverbs 6:32, 9:4, and 9:16 say that a man who commits adultery with a woman, or who is being lured to do so, “lacks heart,” But the text is not saying that a man who commits adultery lacks conviction, focus, or feeling; it is saying he “lacks sense” or “lacks good sense” (CJB; HCSB; ESV; NAB; NASB; NJB). Similarly, the Hebrew text of Proverbs 11:12 says that a person who despises his neighbor “lacks heart.” Generally, people did not relocate from city to city in the biblical world like they do today, so any neighbor a person had was almost certainly going to be a neighbor for life. Because of that, it was not “good sense” to hate a neighbor rather than working things out and staying friends.

Another verse that could easily be misunderstood if translated literally would be Deuteronomy 29:4. Moses told the Israelites that they did not have, literally, “a heart to know,” which in our modern English would generally mean that they did not have the care, sincerity, focus or passion to learn. But in the Hebrew culture the phrase referred to “a mind that understands” (cp. HCSB; NET; NIV; NLT). That did not necessarily mean that the people could not eventually learn what they needed to know, but it did mean that at that time they were not mentally prepared to understand all the things that God had done for them.

Understanding the biblical usage of “heart” has many practical applications. One is that some verses that otherwise were unclear may now be understandable. Also, if we understand what “heart” means, we are not nearly as likely to import an erroneous meaning into the text and be in error about what the Bible is saying. Understanding the biblical use of “heart” even helps with salvation. For example, Romans 10:9 (NASB) says that in order to be born again a person must “believe in [their] heart that God raised him [Jesus] from the dead.” To “believe in the heart” is to believe something in the depth of your mind and thoughts, or as we would say in colloquial English, to “really believe it.” This can give people great confidence in their salvation, because while they may not be sure of what it means to “believe in their hearts” and therefore may not be sure if they really do believe that way or not, they can know for certain whether or not they doubt that Jesus rose from the dead. And once a person is sure of that, the peace of God, which passes understanding, can truly rule in their hearts.