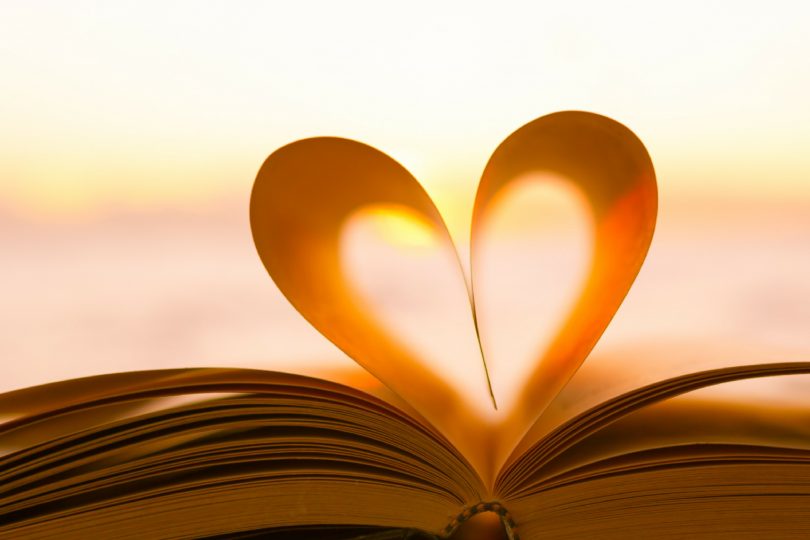 I have loved you with an everlasting love; Therefore, I have drawn you with lovingkindness. (Jer. 31:3 NASB)

God is the one who first loved—He is the first lover. He loved you before you were born…before any of us were ever born. The letter of 1 John explains that love does not originate from us, but rather from the God who IS love.

There was never a time that God’s love was absent from you. Before you even had your own heartbeat, God’s love was surrounding you; He was desiring you. God has been the one pursuing you since before you ever thought about pursuing Him. You were sought before you ever had a chance to seek. God has preempted every one of your thoughts with His love and has been the faithful lover of your soul every moment of your life. God has never once waivered in His love for you. It has been as steady and dependable as the rising and setting of the sun.

As the initiator of love, God has chosen to love you purely by His unbridled passion to captivate your heart. Even during the times when you didn’t desire Him and decided you didn’t want Him any longer, God’s love never departed from you. His love is tattooed upon your very soul; and it never fades, gets distorted, or falls out of style. His love is forever there and is the same passionate, never-ending love every moment of every day.

There are certain things that are unfathomable, incomprehensible, and simply too great for us to understand. God asked Job, “Who put wisdom in the heart or gave the mind understanding? Who has the wisdom to number the clouds? Or who can tilt the water jars of heaven when the dust hardens like cast metal and the clods of dirt stick together?” (Job 38:36-38 HCSB). We probably all wonder if anyone but God can answer such questions. And that is exactly the idea. God’s point in questioning Job was to get him to realize that there are things that are beyond the understanding of the finite, human mind.

The love of God is one of those realities that exceeds the capacity of our cognitive faculties. Yes, we can understand a degree of God’s love for us, but in its entirety, in its true form, it resides beyond what our limited minds can comprehend. It surpasses our reason, expectation, and any earthly equivalent we might compare it to. We have nothing by which to measure such an infinite love except to feebly describe the ways that it outdoes every other form of “love” we have ever known.

A love that has no conditions attached, does not require being acknowledged, and endures through every sort of assault levied against it is incredible. We hesitate to believe it. We tend to doubt the fact of God’s love because it appears too good to be true. We think nothing like that is ever so simple and free. We tend to always see strings attached to love. But such a love as what God gives is nothing short of indescribable. The only word that might come close to expressing this unrelenting, one-way, passionate love is “furious”—God’s love is FURIOUS!

A furious love never wavers in the relationship; it goes out of its way at all costs to display itself in plain sight, and it is never satisfied with only having part of you. God’s furious love is unstoppable and will never let up for anything less than the complete conquering of your entire self. If God’s love has not taken up occupancy in every corner of your heart, He is still seeking you as intently as He would someone who has not even accepted an ounce of His love. Concerning this furious and unrelenting love of God, which escapes our capacity for truly understanding its limitlessness and all-consuming scope, S. J. Hill writes:

“You may not realize it, but the Father is ravished by you. You make Him smile. You make Him laugh. You make Him leap for joy. You make His heart beat faster. In Zephaniah 3:17, the Bible even says you make Him sing for joy. Whether you understand that or not doesn’t stop God from responding to you in that way. He looks at you and grins. He sees your hair, your skin, your smile, and He rejoices.

He even loves you when you’re sleeping. He gets excited when you wake up—even with morning breath and “sleep” tucked in the corners of your eyes. He can’t wait to hear your voice. He looks forward to your first thoughts. He loves accompanying you throughout the day. He enjoys being with you at work. He isn’t watching the clock or tapping His toe until five o’clock. Just being with you is enough. He loves talking with you, traveling with you, and being tender with you. He loves watching you enjoy His creation. He smiles when you look at the mountains, sea, or sky and think of Him.”[1]

Can You Imagine That Love?

This overwhelming and seemingly paradoxical love of God reminds me of a movie I once saw. In the movie, the main character was an arrogant, pompous, good-looking high-school guy named Kyle. He was admired by nearly everyone and had everything he ever wanted as the son of a wealthy news reporter. As a result of admiration of everyone and being spoiled by his father, he was extremely vain and self-centered, always demeaning and making fun of others for his own amusement.

To his misfortune, Kyle unknowingly picked on the wrong person one day and was cursed, transformed into a bald guy with grotesque scars, tattoos, and piercings on his face. His repulsive appearance now reflected what he was like in his soul. Soon afterward, Kyle began to experience the humiliation and mockery of which he once was the chief proponent.

After going into hiding because of his startling appearance, he felt despised and rejected and became depressed—until the day he rescued a girl named Lindy, who he had known from his school, from being mugged by two guys. In a rash moment of panic, Lindy’s father had shot one of the guys and the other swore that he would take revenge by taking Lindy’s life. Kyle brought Lindy and her father to his private condo and promised to care for Lindy until everything got sorted out.

Embarrassed with how he looked, Kyle decided to wear a ski mask to cover his face so Lindy couldn’t see what he looked like underneath. He was afraid that she would reject him and look at him with disgust. Kyle likes Lindy but is convinced that she would never like him, especially because of how hideous he is. But Lindy eventually gets Kyle to reveal himself to her, and Kyle lifts the mask off his face, Lindy does not even wince when she first gazes upon his gruesome visage. Kyle and Lindy began growing closer and spending more and more time together, but even after being convinced to remove his ski mask in front of her, Kyle still doubted that she could ever truly love him. In his eyes, he was a monster. He thought that no one like Lindy would ever want to be with someone like him. But Lindy saw past his outer appearance and loved him in spite of it all. That love began to change Kyle’s heart. He began to desire to be kind, generous, thoughtful, compassionate, and humble.

But Kyle was still hesitant to believe that Lindy’s feelings could actually be real. It was too good to be true. He could never fully bring himself to believe that she would love him. At the end of the movie, Kyle’s insecurity causes him to push Lindy away. But then he comes to his senses and realizes that he has made the biggest mistake in doing that. In the final scene, he runs to catch Lindy before she leaves on a school trip for the summer, catching her at the bus station just in time to apologize for pushing her away. He confesses, “I just was scared that you didn’t love me. And I didn’t think you could because of how ugly I am. I should’ve known better. That’s not who you are. You took one look at me and still said you’d seen worse. And somehow, when I’m around you, I don’t feel ugly at all.”

Feeling reassured in her love for him despite his repulsive appearance, Kyle exits the bus station. To his surprise, the curse is lifted and his appearance returns to normal. Just then, Lindy bursts out of the door looking for Kyle, only to see the snobby, stuck-up, self-righteous guy she knew from school, not the bald, scarred, and tattooed Kyle who she had come to know and love over the past several months.

Immediately, Lindy combs through the street trying to locate the Kyle she has come to know and love. But the original Kyle follows her, persistently trying to explain what had happened—that he’d met someone and that she showed him that love can change you. That there was this guy who was good-looking on the outside but ugly on the inside, and that love changed him. At this point, Lindy stops, looks back, and remarks, “Everyone knows that story.” But Kyle looks her straight in the eyes, still reeling from his own shock of Lindy’s unconditional love, and says, “What if it wasn’t a story? What if it were true? Can you imagine…that love?”

Like Kyle, we often don’t believe that God can actually, truly love us. We might feel that we are too far from him or have done things that he would never forgive us for or are just embarrassed for who we are and don’t think that we measure up to what God would want. But that is just like Kyle’s ugly outer appearance. He thought that no one would love him because he was looking at what everyone else always looks at. But it took Lindy’s pure heart to show him that he is worth being loved, even when he did not think it was possible.

Let me tell you that God loves you. And whether you think that you shouldn’t deserve His love, or whether you think that you have wandered too far from Him for His love to pursue you, there is nothing that can stop His love. He will continue to pursue your heart until you have let Him in and accepted the fullness of His love, because He loves you no matter what. And He desires you regardless of what you think about yourself.

Even with all your scars, problems, and bad choices, the Pursuer of your heart still loves you truly, madly, deeply.

Can you imagine that love?