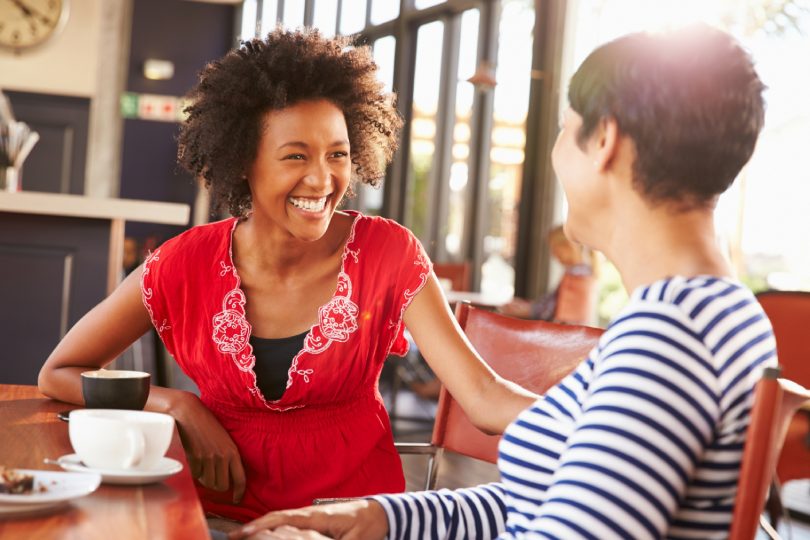 Born-again believers represent God and Jesus. Even if we don’t particularly want the job, we have it. We are part of God’s family, citizens of heaven, fellow-workers with Him, and ambassadors for Christ. Since we represent God and Christ, we should strive to represent them well. One thing that is very helpful in this endeavor is that we know something about them, including who they are, what they have done for mankind, and what they have in store for people in the future.

Thankfully, knowing things about God and Jesus dovetails beautifully with something that they want for us, which is a meaningful relationship—something that we should desire, too. Usually, the more we know about someone, the richer the relationship is. Although there are times when we can know very little about someone and still have a wonderful relationship with them—and there are certainly cases where people have had a meaningful relationship with God and Jesus while knowing little more than that God loves them—generally speaking, having a deep and rewarding relationship with someone involves knowing them on a deeper, more personal level. Most people understand this, which is why when we first meet someone, we spend a lot of time asking them questions about themselves.

Imagine meeting Jesus at a party and not knowing anything about him. We would likely ask him things about his job, his family, where he grew up, where he lived now, what he liked to do, etc. Of course, there is a problem with getting to know Jesus that way: we can’t. Instead, we have to get to know him, and his Father, God, in other ways.

There are a few different ways we can get to know Jesus, including through direct revelation, other people’s stories and examples, and from the Bible. As we get to know Jesus on a more intimate basis, our relationship with him deepens and so does the way we represent him to others. As we build our knowledge of God and Jesus over time, what we are building could be referred to as our “doctrine,” because, after all, “doctrine,” is simply “a set of beliefs,” and each of us has things we believe about God and Jesus. There is great value in being right in what we believe about God and Jesus, so each of us should do our best to make sure what we believe about them is correct.

Let’s look at some of the reasons why sound doctrine is important.

Despite the common teaching that there is no “absolute truth,” the facts disprove that belief. Genuine “truth” exists outside of us, and is not influenced by what we believe about it. We may believe or not believe that God exists, but whether He exists or not, what we believe about Him does not change the “truth.” Similarly, either Jesus Christ was the Son of God who died for the sins of mankind and then was raised from the dead and ascended into heaven, or he was not. What we believe about Jesus does not change the truth of who he was any more than what someone believes about us changes the truth of who we are.

There is a lot of “truth” that is either not available to know or is not that important to know, but there is also a lot of truth that is literally life-or-death, such as that a person is saved from everlasting death through confessing Christ as Lord and believing that God raised him from the dead (Rom. 10:9). Ultimately, we must ask if there are laws, commands, and directives that we, as God’s created beings, are obligated to obey—or did God create us with the idea that we could each live our lives as it pleases us, and still be pleasing to God?

Right doctrine allows us to separate truth from error

Everyone knows the value of being right. All of us act on misinformation or no information at times in life and end up doing “the wrong thing” or doing something “the wrong way” that we later regret and then must correct. This is certainly true when it comes to biblical truth. But error in biblical interpretation can be extremely serious because often we will not discover it until it is too late. For example, if a person believes that it is not important to deliberately take Jesus Christ as his personal Lord and Savior, but instead believes that God will grant everlasting life to anyone who more or less lives a good life, he will find out on the Day of Judgment that he was wrong, but at that point it will be too late to correct the error.

The ability to separate right from wrong is vital when it comes to our relationship with God and Christ and how we present them to others. Misinformation about God is a major reason why people reject God, and this has long been the case. The religious Jews at the time of Christ had a lot wrong about God, and it shaped their teachings and actions, which in turn moved people to reject Him. Paul wrote that “the name of God is blasphemed among the Gentiles because of you [Jews]” (Rom. 2:24 HCSB). That is still going on. There are people today who reject God because of the false teachings and hypocritical behavior of some Christians. Sadly, wrong doctrine also causes some sincere Christians to harbor doubts about the goodness of God and thus not be able to love Him with “all” their heart or to represent Him without some degree of hesitancy. There are also Christians who don’t say much about God because “they aren’t sure” about Him. That brings us to our next point.

The way we act is directly related to what we believe. If someone is hiking in the woods and comes to a muddy puddle, if he believes it is only an inch deep he will likely try to wade through it, but if he believes it is four feet deep he will go around it. Of course, as we covered above, what the hiker believes does not affect the “truth” about the puddle. He will find that out to his dismay if he believes the puddle is shallow but then steps in it and sinks down to his waist in cold muddy water. But the hiker acted on what he believed, and so do we all; what we believe determines the way we act.

Since our beliefs largely determine our actions, at a fundamental level how we act is a direct extension of our theology. If I don’t believe in God, or if I believe in God but don’t think it matters if I obey Him, my life will largely consist of me doing what I feel like doing, no matter what that is. If, on the other hand, I believe in a God who has created me and has standards for me to follow, and who will reward me if I follow them, and that I will cause myself suffering if I don’t, then I will strive to learn what God requires of me and live my life by the rules He set forth.

If I really believe, and understand, that God loves me and wants the best for me, and does not act in ways that hurt me, then I can love Him with all my heart, and that is naturally reflected in what I say and how I act. On the other hand, there are lots of people who “try to believe” that God loves them, but their doctrine stands in the way of them getting to the point of genuine belief and understanding. Life is so difficult that if a person thinks that God is somehow behind the evil and problems that are so pervasive, loving God with “all” one’s heart is very difficult. Wrong doctrine causes people’s relationship with God to suffer, and when we don’t enthusiastically love God with all our heart, we generally do not present Him well to others.

In fact, some people don’t share what they believe because it does not make sense to them. They have been told what “is right” and what to believe, but it doesn’t make sense or help them in any material way, so they just never speak of it. But the truth makes sense. It did to Jesus and his disciples, and it will to us as well when we take the time to search it out.

Getting to right doctrine

It can be difficult to acquire right beliefs. The whole Bible reveals the war between good and evil, and the Devil is very invested in keeping people from knowing God. That does not mean that it is impossible to find the truth, it just means that it can be hard to find. No wonder the Bible says, “if you call out to insight and lift your voice to understanding, if you seek it like silver and search for it like hidden treasure, then you will understand the fear of the LORD and discover the knowledge of God” (Prov. 2:3-5 HCSB). It is a shame, but a fact, that most Christians do not work hard to get to the truth about God for several different reasons. One of them is that it is difficult, just like Proverbs says. It takes time and effort to discover what is true.

Another reason people do not aggressively go after the truth is that it often means “going against the flow” of other Christians or of modern society. The truth often causes problems, just as it did for Jesus and his early disciples. The Bible says, “all those who want to live a godly life in Christ Jesus will be persecuted” (2 Tim. 3:12 HCSB). Many people can sense the trouble that knowing and standing on the truth will bring, so they don’t seek it. Others avoid trouble by hiding what they believe or refusing to share it with others.

Part of searching out right doctrine is the discovery that wrong doctrine shows up in many places, chief among them being in well-meaning but misinformed Christians and in mistranslations of the Bible. Some good news is that the more accurate your set of beliefs, the easier it is to spot error and build on the truth, which then helps cement your relationship with God and Jesus. Also, people generally find that the more truth they know and act on, the freer they are in their hearts and minds—which makes presenting the truth about Jesus to the world that much easier.

People have the “right” to be “wrong,” and it is not our job to change people. Our job is to worship God and love Him and people, and right doctrine helps us to do that. Nevertheless, we are ambassadors for the Lord Jesus Christ, and that requires that we find ways to properly represent God and His principles to others. We don’t stop seeking right doctrine because it can be hard to find, and we don’t stop presenting what we know to be right to others just because it is difficult at times.

Talking about “right doctrine” may not be popular in many circles today, but everybody has a doctrine, whether they call it that or not; so we might as well get it out in the open, discuss it, and try to get our doctrine right.