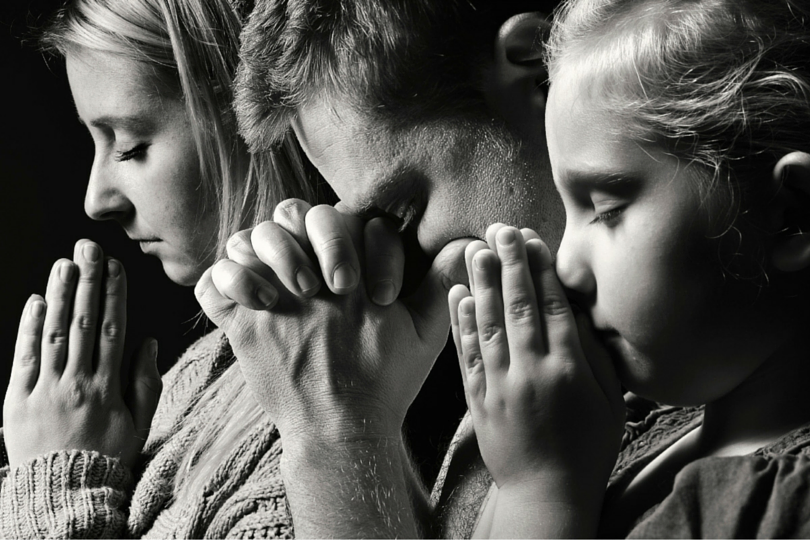 There are a number of common expressions people use in conversation; for instance, when you first meet a friend that you haven’t seen for a while, do you ever ask them, “How have you been?” It’s a courteous thing to ask, but we really don’t want a blow-by-blow account of how they’ve been. We usually mean, “In general, how are you?” Similarly, one phrase Christians often use in response to being told about another’s problems is, “I’ll pray for you.” Like many, I’m guilty of sincerely saying it, but then failing to really follow through on it.

When we tell others that we will pray for them, we are saying that we are going to ask God for help on their behalf with whatever is troubling them. When it comes to praying, there are a number of different types, such as prayers of praise, thanksgiving, and intercession for others; but making a petition, asking for something, is probably the most common form of prayer.

The New Testament is filled with many encouragements to pray, and admonitions on how to pray, how often, and a whole host of things to pray for. Here are a few examples of the many things Jesus and the apostles demonstrated and instructed about prayer. Although there are times where the Bible gives us commands about prayer, there are also many examples of how people prayed. Praying all night long, like Jesus did at times, is not something we must do, but there are times when doing so is exactly what is needed.

Below are some of the records pertaining to prayer in the New Testament:

With few exceptions, the list above primarily consists of prayers that are petitions to God and Jesus for help. There is no doubt that prayers of praise and worship are a big deal with God, but clearly so is going to God with prayers for our needs and desires. When we ask God for help, we are making a petition to Him, and prayers of this kind are some of the most common. Even in the Lord’s prayer, a prayer where Jesus demonstrated for his followers how to pray, he petitioned God three times: “Give us today our daily bread…forgive us our debts…lead us not into temptation…” (Matt. 6:11-13).

God loves it when we come to Him with our desires

There have been many times when I have not gone to God with my requests. Sometimes I don’t want to bother Him with something that is probably really a small thing to Him, even though it is a big deal to me. I also don’t want to treat God like someone I only go to when I need something. But when I am really being balanced in my prayer life—going to Him in praise and worship, and thanking Him regularly—then thoughts like that shouldn’t stop me from telling Him my needs.

As parents, we love it when our kids come to us with their genuine wants and needs. When a child comes to us crying with a scraped knee, we comfort them and then clean the wound and apply a Band-Aid so they will feel better. We also love to help them when they are genuinely stuck with a problem or need something that is slightly out of their reach. If this is how we feel as parents, then I imagine that God, our Heavenly Father, doesn’t feel any less interested in helping us.

Why do we need to ask God for help if He already knows what we need?

Asking God for something that He already knows I need seems kind of strange, especially when “the LORD searches every heart and understands every desire and every thought” (1 Chron. 28:9 NIV). Jesus even said, “…your Father knows what you need before you ask him” (Matt. 6:8 NIV). Since He already knows what I need, and He also knows that I desire His help, it almost seems a little disingenuous for Him to make me go through the motions of actually asking before He’ll step in and help me.

We can have great confidence that God’s character doesn’t allow Him to be disingenuous. Jesus made this very clear when he explained that God has numbered the hairs on our heads and provides for the sparrows, and that we are worth far more to God than a sparrow. We can trust that God loves us and wants the very best for us, so there must be something more happening when we pray—possibly something in the spiritual realm that we cannot see.

An Old Testament record that helps shed some additional insight onto prayer concerns the prophet Daniel. One of the remarkable things about Daniel was how, on a few occasions, the angel Gabriel actually appeared to him, giving him messages concerning future events and the End of Days. The angel referred to Daniel three times as “you who are highly esteemed” (Dan. 9:23; 10:11, 19), an amazing greeting when we consider that the angel was indicating that this was what God thought of Daniel.

What was it that made Daniel highly esteemed by God? Certainly Daniel was a faithful servant, completely dedicated to following God and His ways, and he was also a man who prayed much! As a young captive in Babylon, he had resolved to not defile himself with the non-kosher Babylonian food, and because of his faithfulness, God caused the officials to show favor and sympathy to him (Dan. 1:8,9). Because of Daniel’s wisdom and special spiritual insights, he was also elevated within the Babylonian rulership. Daniel’s enemies couldn’t find any fault with him, so eventually they had the king make a decree that made it only permissible to pray to the King himself. Faced with the prospect of death for defying the king’s edict, Daniel still boldly continued to honor God, praying three times a day as had been his lifetime habit. A large part of Daniel being “highly esteemed” with God had to be because he was such a faithful and bold prayer warrior.

Prayer is a powerful weapon in the spiritual battle

Daniel had been given a special revelation that involved a great future war. He was very disturbed by the vision, so for three weeks he faithfully prayed and fasted as he sought God for better understanding. Finally, after three weeks of praying, the angel Gabriel appeared to him to explain the meaning of the vision, at which time he indicated that, although he was dispatched on the very first day Daniel prayed, he had been hindered for twenty-one days from coming to him (Dan. 10:12,13).

Gabriel was delayed by “the prince of the Persian kingdom,” and it was only by the intervention of the archangel Michael, “one of the chief princes” who came to his aid, that he was able to get through. The English word “prince” is translated from the Hebrew word “sar,” which can mean a ruler, leader, chief, or commander. What Gabriel was saying was that the angelic power over Persia had blocked his coming. This was a “principality”, a ruling evil spirit, and since Babylon was ruled by Persia, this spirit had authority over Babylon where Daniel lived. Daniel had been faithful to pray continually for twenty-one days and it was his prayer, a powerful spiritual weapon, which rallied Michael to come to the aid of Gabriel.

When I was a youngster, I loved to watch Saturday-morning wrestling—the kind where the fighters fly off the tops of the ropes, lift and slam one another to the mat, and deal seemingly insane punches or kicks. Sometimes they will have a “tag team” match, where there are two fighters on each team. As the fighters pummel one another, a wrestler can “tag” other man on his team so they exchange places and the new fighter can jump into the ring and take on the opponent. When a wrestler is losing, he will stretch as hard as he can to reach his teammate, and once the tag is made the new wrestler will fly into the ring. Tagging your teammate totally changes the dynamic of the fight as the new, fresh fighter enters the ring.

On a spiritual level, when we pray we are tagging God, like our wrestling teammate outside the ring; we are looking to Him for assistance, asking Him to enter and fight on our behalf. We live in a world that is legally under the spiritual authority and power of God’s archenemy, the Devil. The Bible tells us that the world is under the control of the “evil one” (1 John 5:19). This is also why Satan is called the “god of this world” (2 Cor. 4:4). Metaphorically speaking, we could say we live in Satan’s wrestling ring and we need to tag God for His help. It is not that God can only help us if we pray, because after all, God is God and He is not handcuffed in His ability if we forget to pray. Prayer is our way of specifically entreating Him and requesting His help. It is our turning to Him, acknowledging that we need and want Him to help us. And as our teammate, God loves to “jump into the ring” and fight on our behalf.

Prayer is absolutely one of the most effective weapons we wield in the spiritual battle. Let’s make it a priority to pray for all the things that Jesus and His followers instructed us to pray for; and like Daniel, let’s be diligent prayer warriors, so that we too are “highly esteemed by God.”