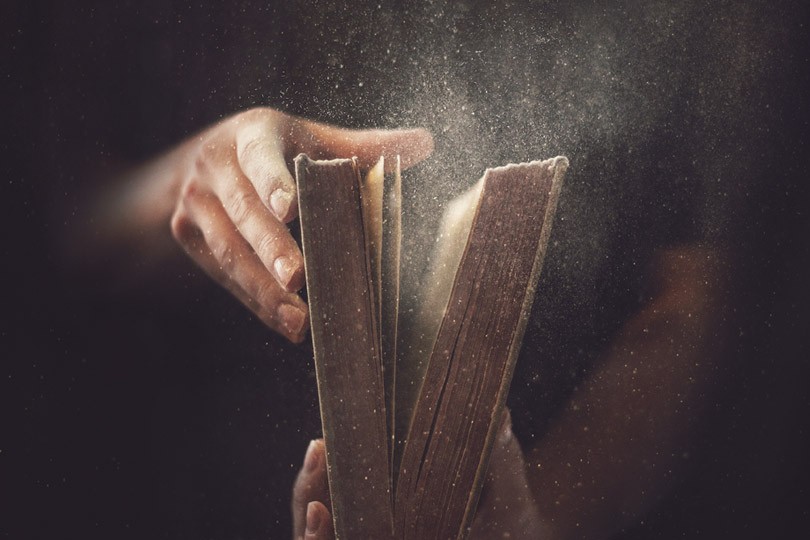 Paul taught immature believers about Jesus Christ and about the crucifixion, and no doubt about the resurrection as well (1 Cor. 2:2). Also, he did not just teach with wise words, but walked in demonstration of the power of the holy spirit (1 Cor. 2:4). In the biblical culture, his demonstration of power was an important sign that he was a man of God and qualified to teach the things he was teaching.

However, when we read about what Paul taught to the mature believers, we might well have questions. He taught about God’s secret wisdom, a wisdom that was kept in a sacred secret, hidden in God, and meant for our glory.

But we speak God’s wisdom, in a sacred secret, that hidden [wisdom], which God marked out beforehand, before the ages, for our glory…

The Greek word that Rotherham correctly translates as “sacred secret” is mustērion (Strong’s #3466 μυστήριον), which almost every English version mistranslates as “mystery,” but which refers to secrets in the sacred or spiritual realm, and thus is correctly translated as “sacred secret.” A study of mustērion in the Church Epistles shows that there is a whole Administration, which starts on the Day of Pentecost and ends with the Rapture, that the Bible calls the “Administration of the Sacred Secret” (Eph. 3:9). Furthermore, in the “Administration of the Sacred Secret” there are a number of individual sacred secrets that God kept from mankind until He was ready to reveal them. Some of these sacred secrets are: Jews and Gentiles being joint-partakers of the blessings of God; men and women being equal in Christ; each believer being empowered to manifest the holy spirit by way of speaking in tongues, prophecy, receiving revelation, and manifestations of spiritual power such as healings; and salvation being via the New Birth and guaranteeing one’s salvation.

When it comes to the sacred secrets that are part of the bigger picture of the Administration of the Sacred Secret, we speak about those things to brand new believers, unlike Paul, who spoke about them only to the mature believers. For example, even if an unbeliever is asking questions about the Christian faith, it is common to tell him that every Christian is equal in Christ, that Christian salvation is guaranteed, or that every single Christian has “Christ in you, the hope of glory.” Why are we so free to talk about those “sacred secrets” with new believers or even unbelievers when Paul only told them to people who were mature in Christ? The answer to that question lies not in the information that is taught, but in the historical context of the time of Paul. At the time of Paul, the details of the Sacred Secret were all new revelations which could not be verified through the searching of the Scriptures since they had been a secret hidden in God. In contrast, today we can talk about the sacred secrets of the Church Epistles with new believers because those “secrets” are now 2000 years old and in our Bible, which has been accepted as divine revelation. We have to remember that the New Testament Bible did not exist at the time of Paul.

Any time we are talking to unbelievers or immature believers, we want to teach things that build people’s trust in God and in the Word, and in us too, so that we are in a better position to be allowed to continue to teach them. That applied to Paul too. So when Paul was with new believers, 1 Corinthians 2:1-5 shows us that he stuck to subjects he could verify from the Scriptures, and by “the Scriptures,” we mean the Old Testament scriptures. So he taught about Jesus the Messiah and his sacrificial death for mankind, and Paul would also have taught about the power of the holy spirit, which Scripture (as well as John the Baptist and Jesus) said was to come. In traditional Jewish fashion, he also demonstrated the power of God as a confirmation that he was a man of God and qualified to teach. He knew that the “Jews demand signs” (1 Cor. 1:22), and he provided those signs by the power of God.

This model of teaching worked very well. Thus, for example, when Paul went to Berea, it was because Paul taught things that the Bereans could substantiate from the Old Testament that the people were able to receive what he taught “with great willingness, examining the Scriptures daily, to see if these things were so” (Acts 17:11). The “Scriptures” the Bereans searched were the Old Testament writings, the only Scripture they had at the time. A point Paul makes in 1 Corinthians 2:1-5 is that when he was with curious unbelievers or new believers, he stuck to subjects he could substantiate from the Old Testament and to the demonstration of the power of God.

The Church Epistles introduce entirely new “sacred secrets” to the Church. These are completely new concepts that could not be substantiated by Old Testament prophecy. This was a real challenge to New Testament teachers like Paul, Barnabas, and Silas. What were Paul and the other teachers to say to people who asked them, “Where did you get all this new information?” The true answer was understandably hard for unbelievers or immature believers to believe: “Jesus told me.” But in Galatians that is exactly what Paul said: “I want you to know, brothers, that the gospel I preached is not something that man made up. I did not receive it from any man, nor was I taught it; rather, I received it by revelation from Jesus Christ” (Gal. 1:11, 12 NIV84).

Paul could not tell immature believers much about the new things Jesus revealed to him, because many of them contradicted the Old Testament and would have caused doubt and confusion. How could Paul tell immature Jewish converts that they could eat any meat they wanted, did not have to circumcise their baby boys, or did not have to keep the Sabbath? Those things were a source of conflict through the entire New Testament period. But Paul could teach differently to the mature believers. Believers who had been with Paul for a while and had grown to trust that he was a mighty man of God and that Jesus spoke to him were in a position to believe that Paul had indeed received new information from Jesus, even information that had been a “sacred secret” from the foundation of the world and that was not in the Old Testament. So once a believer was mature, Paul could teach him about the wisdom of God that God had kept in a sacred secret, which is exactly what 1 Corinthians 2:7 says.

Once we see who Paul taught the basics of Christianity to, and who he considered mature and taught information about the sacred secret to, we can see how important it is to take very seriously our commission as “ministers of Christ” and “stewards of the sacred secrets of God” (1 Cor. 4:1 Rotherham). Christian teachers must recognize when people are babies in Christ and need “the milk of the Word,” and they must have a plan for helping them grow in Christ. The goal we must have in our minds is to always be “admonishing and teaching everyone with all wisdom, so that we may present everyone perfect in Christ” (Col. 1:28 NIV84).

We understand that each Christian goes through a growth process as they mature in Christ. Today the New Testament is accepted by Christians as the Word of God, so we can teach things that are written in it to new Christians that Paul could not have taught to new Christians, but the principle Paul used was the same: there are things that build trust in new believers and things that cause questions and doubt. New Christians need the milk of the Word, and teachers are to be skilled in helping Christians grow from a diet of milk to a diet of the meat of the Word.