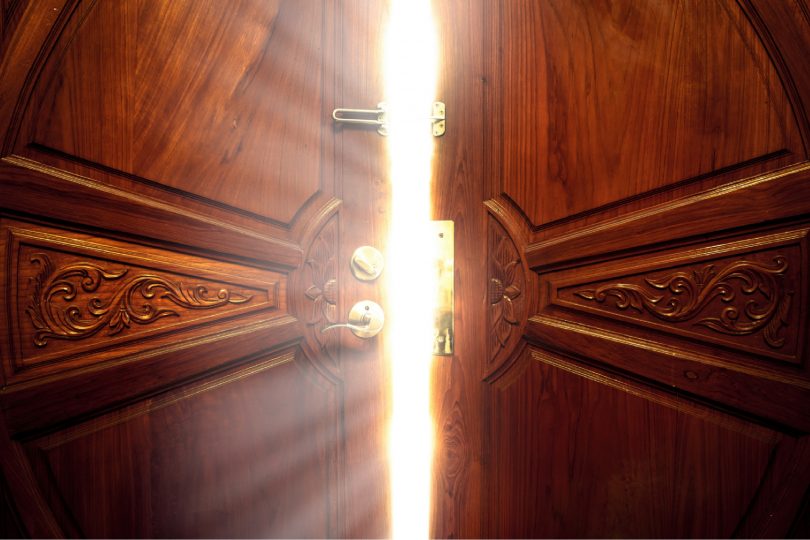 Such a story is humorous and makes us laugh because of the irony and silliness, but is it really that far off from the attitude of so many people? It is astonishing the reasons that people come up with for leaving one church and joining another. Oftentimes, people unnecessarily allow little waves to rock a big boat, and more than likely, they themselves are somehow tied to the generation of those waves in the first place. I believe a revision is desperately needed in the way Christians view the body of Christ and its outworking in global ministries, local churches, and home Bible fellowships.

Many Rooms in God’s House

Every person enters the Christian life through one door—Jesus, the Messiah. But on the other side of that door are a thousand others…and behind every one, there is a specific tradition, doctrine, culture, or worldview. EVERY denomination, church, ministry, and group has their own unique blend of these things. Even churches espousing antitraditionalism, antidogmatism, and antiformalism are defining their own “ism” by the negation of others. It never ceases to amaze me when someone vows to be against tradition, and yet when they describe their church, they explain how they follow the same paradigm at their service every week. And for some reason they don’t think that is a “tradition”?

The Christian tradition began with Christ, and even Paul warned the Thessalonians against those who behaved in ways “not according to the tradition that you received from us” (2 Thess. 3:6). But while it all began as one tradition, we now have a myriad of traditions that all claim to be in congruence with the original. As time has marched on, the divisions have increased, and the traditions have multiplied. Are we all to just sit in our own little rooms of tradition and not care who our neighbor is in the room next door, or down the hall, or upstairs? Do we actually care about the other followers of Christ who live in God’s House?

With the advent of digital technology and the internet, these divisions have only erupted and become evident all the more. Each room now has a microphone and a stage before the whole world through which they may herald forth the views and beliefs of their tradition. What we need to ask ourselves is: Is the world coming to know Christians by the fruit of our love, or by our divisions? Will the world see us stretching out our hands to each other, or always running inside our rooms and locking our doors to our brothers and sisters in the faith? I wonder how many Christians would see their faith being lived in the way that Christ taught if they would be willing to walk out of their own “room” and acknowledge the grace and mercy God gives to all the rooms in His House. And if God’s light shines throughout His House, then every room is illumined by the life-giving spirit that He gave through His Son, Jesus. Unfortunately, Christians seem much more prone to being their neighbor’s critic than their comrade—quick to judge and slow to commend.

Lines in the Sand

So where does this leave those of us who camp out in our own little rooms in God’s House and rarely ever think or care about who else might also reside within these walls? It leaves us fracturing God’s family. Paul writes in Galatians 6:10 that as we have opportunity “let us do good to everyone, and especially to those who are of the household of faith.” How can we “do good” to one another in God’s House if we prefer to remain dissociated and are comfortable hiding out in our own little rooms?

What do we fear about sitting together and dining at the Table of the Lord? Will we be narrow-minded and dogmatic, only embracing those who affirm verbatim what we believe—because outside of such concession we are put off by their disagreement with us? When did Jesus quit interacting or being concerned about fellowshipping with his disciples because of the disagreements they had?

Luke 9:47-50 NIV
(47) But Jesus, knowing the thoughts of their hearts, had a little child stand beside Him.
(48) And He said to them, “Whoever welcomes this little child in My name welcomes Me, and whoever welcomes Me welcomes the One who sent Me. For whoever is the least among all of you, he is the greatest.”
(49) “Master,” said John, “we saw someone driving out demons in Your name, and we tried to stop him, because he does not accompany us.”
(50) “Do not stop him,” Jesus replied, “for whoever is not against you is for you.”

We may not resonate with the meaning of Jesus’ words unless we realize that in the biblical culture children were not highly esteemed or given much recognition in society. Thus, Jesus did not settle the matter by catering to the prideful ambitions and egos of his followers, nor did he launch into a lecture on technicalities of doctrine. Instead he pointed them to the reality that to be “great” means to welcome the people you think are not worth mentioning into your arms—in Jesus’ particular case, like children.

Furthermore, John also disclosed how he and the disciples tried to shut someone up who was ministering in the name of Jesus but was not part of their group. In essence, John was arguing for a sectarian approach to following Christ (i.e., a separatist, faction-based Christianity). His actions revealed that he viewed the followers of Christ as either being with their group or not followers at all. He and the other disciples did not like to see other people benefiting from and using the power of the name of Jesus if they were not one of “them.”

It might not be a stretch for people to acknowledge that they can see other groups being “for them,” but it is much more difficult for a believer to acknowledge the reality that they are supposed to see themselves as being “for others” too. We often don’t like to be “for others” who don’t fit our description. We like to maintain our distinctions and traditions and advocate for their supremacy above all others. We like to parade around uniformity with our tradition, culture, and worldview as the sine qua non (i.e., the essential condition) for engendering our approval and support.

Remember that Jesus taught that we ought to love one another, not with a simple head nod or lip service, but truly and deeply from the heart like he did.

It was not just some superficial, “nicety” type of love that Jesus was commanding. It was a heartfelt, longsuffering, non-judgmental, seeking-each-other’s-good type of love. It is this love that testifies to the reality that we are Jesus’ disciples. Many of us like to call ourselves followers of Christ, but do we follow in word only (i.e., beliefs) or in deed as well (i.e., actions)? Most people don’t find it difficult to consent in their minds or in their speech that they “love” their brothers and sisters in God’s House, but according to their actions, attitudes, and conversations they are quick to betray such a confession. In other words, we find reasons to justify how we can pat ourselves on the back by agreeing with the teachings of our Savior, but then fail to live up to the principle in practice. And it’s not that Christians consciously despise each other, but the corrupting influence of pride and human-loyalty quickly trumps what should be humility and God-loyalty. Thus, are we just drawing lines in the sand where God has not made any…and are we thereby dividing His House against itself?

So then, where does that leave us with the ever-widening face of modern Christianity? We now have so many churches with so many differences. How should we see ourselves as part of God’s great family, and where can we find the unity that we are to share with one another as part of His Church? We all say that we follow Christ, so why do we not see ourselves being “for” each other like Christ wants us to be?

Regarding the growing number of sects in Christianity, Charles Spurgeon once said:

“It is not likely we should all see eye to eye. You cannot make a dozen watches all tick to the same time, much less make a dozen people all think the same thoughts. But, still, if we should all bow our thoughts to that one written Word, and would own no authority but the Bible, the Church could not be divided, could not be cut in pieces as she now is. We come together when we come to the Word of God.”[1]

The one unifying factor of Christianity is that we regard the Bible as the source of our understanding for faith and practice. We read and study the Bible to know about the life of our Savior, the salvation that is through his death and resurrection, the hope in Christ, the kingdom of God, the inheritance of the saints, the future resurrection, and eternity. We also seek to understand what is right and wrong, how to live with wisdom, walk in God’s power, and deliver people from the clutches of darkness. Christians in every room of God’s House treasure the knowledge that has been given through the revelation in the Scriptures. What if we start seeing that as the starting point, the foundation, the reason to knock on other doors in God’s House? What if we stop trying to conform everyone to our culture, tradition, and worldview, and start talking about how we are each striving to follow Christ and the pattern he established for his disciples?

If we can start our conversations from common ground, then we can at least know why Jesus tells us that we are to be “for” one another—because unless we can see how the Enemy is using our weaknesses to push us farther apart, we will eventually begin to see only our little room as God’s entire House. If that is where we find ourselves, then we will fail to exemplify the unity that is supposed to define those who have answered the call of our Savior: “Follow Me.”