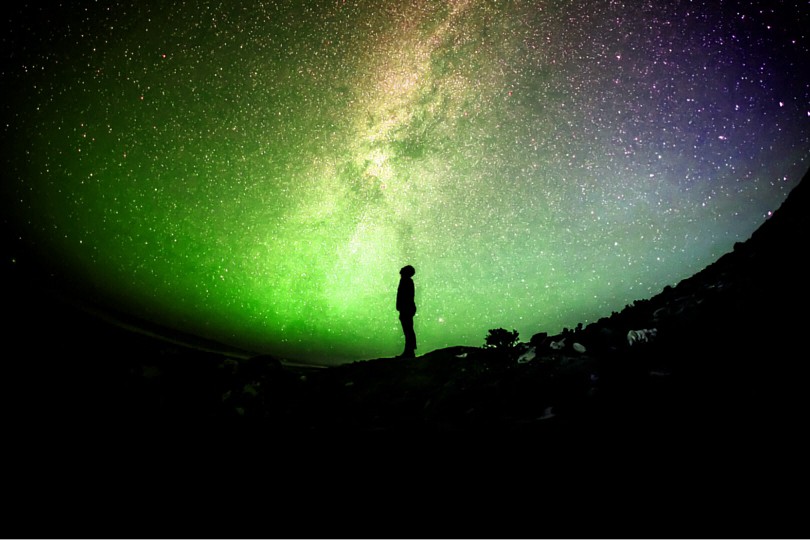 The Messiah and Genetics

There has been wild speculation about the genetics and DNA of Jesus Christ, and also about how genetics plays a part in the transfer of the sin nature from the parents to the child. We will deal with the genetic material first, and then discuss the sin nature in the next section.

Most Christians are Trinitarian and claim that Jesus Christ was “incarnated,” which means he appeared in the womb of Mary completely intact as “God in the flesh.” If that is true, then Mary contributed nothing at all; she was just a surrogate mother. Thus, Trinitarians believe that there is no actual physical connection between David and Jesus Christ, and thus the prophecies that Jesus would be from the house of David were fulfilled simply by Mary being the surrogate birth mother. This is actually one of the great weaknesses of the Trinitarian belief and a strength of the Biblical Unitarian position. [1]

Non-Trinitarian Christians almost universally say, and rightly so, that in order for Jesus to actually be from the house and lineage of David, there had to be a real genetic link between David and Jesus. It seems clear that Mary’s being a “surrogate mother” does not qualify Jesus to be a legitimate heir of King David. Old Testament prophecies said that the Messiah would be from the line of David (cp. 2 Sam. 7:12-16; Ps. 89:3-4, 29; 132:12; Jer. 23:5), and New Testament scriptures confirmed that this was the Messianic expectation (John 7:42; Rom. 1:3; 9:5; 2 Tim. 2:8).

If there was no actual genetic link between Jesus and David, then verses such as Romans 1:3 (Rotherham), which says that Jesus “came to be of the seed of David, according to the flesh,” would technically be erroneous, because Jesus would never have actually been “of the seed of David.” Since Jesus was entirely human, and Mary was his mother and God was his Father, we can expect that Mary contributed the same genetic material as any mother contributes to a child, and that genetic material came from Adam, through Noah, through Shem, through David, and through Solomon, thus making Jesus Christ a legitimate heir of the house of David and the throne of David and Solomon.

Some people argue that since nothing was known about genetics in the biblical culture, a birth mother would have been thought of as a true “mother,” even if in fact she were just a surrogate mother. However, given that the Word of God is true and everlasting, that argument falls short. Jesus Christ is either of the seed of David or he is not, and the Bible says he is. The only way for that to actually be true is if Mary was the “real mother” of Jesus Christ, which meant she contributed genetic material to her son Jesus. It has been argued that God could have created David’s genetic material in Mary, but we would argue that if the genetic material did not actually come from David, then it was not David’s genetic material. “Look alike” genes are not the actual genes.

The Bible does not say exactly how God impregnated Mary, so we do not know. It is possible that God created a human sperm that impregnated Mary’s egg just like any human sperm would, but it is also possible that God just created the male genetic material inside Mary’s egg just as if her egg had been impregnated by a sperm. We simply do not know the details. We do know that God, who created the heavens and earth, and created Adam, had no difficulty creating a human genetic package that impregnated Mary. Jesus did not have “God DNA,” whatever that would be. Jesus was completely human; he was not half-God/half human.

Although non-Trinitarian Christians say Jesus was from the house and lineage of David because Mary was Jesus’ biological mother, nevertheless they vary greatly in what they believe about the genetic makeup of Jesus Christ, and with good reason: the Bible says nothing about it. That, of course, was understandable in biblical times because nothing was known about genetics and DNA other than that traits in parents often showed up in their children.

The reason there is concern about the genetics of Jesus Christ is that some people think that if Jesus had genes from Mary, they would be somehow tainted and disqualify him from being an acceptable sacrifice for the sins of mankind. However, there is no reason to believe that. We know that humans have a sin nature, but there is no actual evidence it is carried in the genetics in a way that can be passed from mother to child. Furthermore, there is no reason to believe that having an imperfect genetic package would disqualify Jesus from being an acceptable sacrifice. It is clear from Scripture that Jesus had “nothing in his appearance that we should desire him” (Isa. 53:2 NIV84). The emphasis in Scripture is that it was Jesus’ sinless life that qualified him to be an atoning sacrifice on behalf of all people, not that he was somehow genetically perfect.

Besides that, although there certainly had been some genetic problems in some people by the time of Jesus, there is no definitive reason to believe Mary’s genetics had been adversely affected. Although they could have been, it is likely that they were not. For one thing, God created human genetics such that over time the human race remains remarkably stable genetically. Also, in the ancient world any mutation that adversely affected a person almost always got weeded out of the gene pool. That fact is not as apparent today as it was in ancient times. Most modern societies embrace the disadvantaged and weak, and that, combined with our modern medical practices, often makes it possible for people with genetic problems to do quite well in life. In the ancient world, people with obvious genetic problems usually died young and/or did not reproduce, which, although it seems cruel to us, kept the human genetic pool more pure than it otherwise would have been by the time of Christ. Also, God specifically chose Mary to be the mother of the Messiah, a choice He would not have made if she was somehow not qualified to be the mother.

Even if Mary was genetically weak in some area, it likely would not have shown up in Jesus Christ. What we know about dominant and recessive genes leads us to conclude that since God created the male genetics for Jesus, the genes He created would not have been inferior or defective in any way and would have compensated for any weakness contributed by Mary. God created the genetic code of Adam in the beginning, and it was very good. There is no basis for us to claim that God would not create a good genetic code in Jesus. In any case, it was Jesus’ sinless life, not his immaculate genes, which qualified him to be an acceptable sacrifice for our sins.

The Messiah and Sin Nature

Although we know very little about the genetics of Jesus Christ, we know even less about how Adam and Eve actually acquired their sin nature and how it is passed down from one generation to another. We do know that God made people in such a way that His Son could be born of a woman without having sin nature. Beyond that we can speculate, but we really do not know how sin nature is passed down one from generation to the next. Some people say sin nature is passed on through the male side. Some, like Arthur Custance in his book, The Seed of the Woman, show how it might be passed down through the female. Still other Christians postulate that sin nature is a spiritual condition that is not actually passed in the DNA or genetics, but rather is something like a curse on mankind due to Adam’s breaking his covenant with God (cp. Hos. 6:7 NIVO), and that people get it like Adam and Eve got it—without a genetic contribution of any kind. The fact is that we do not know how sin nature is passed from one human generation to the next, but Scripture is clear that it is, which is why the Messiah had to have God as his actual Father.

Adoptionism is the belief that Jesus was the fully human child of Joseph and Mary and that God “adopted” Jesus as His Son. Historians believe Adoptionism started with Jews in the first century who held to the Old Testament and repudiated the teachings of Paul. The Christian Church has almost universally rejected the claim of Adoptionism for many reasons. For one thing, original sin makes Adoptionism impossible. Also, Adoptionists claim Jesus is not the “only begotten Son of God” by divine conception, but they disagree on when Jesus became the Son, and with good reason: the Bible never specifically says Jesus became the Son any time other than at his conception and birth. Beyond that, the straightforward reading of the records of the birth of Jesus in the Gospels shows that Joseph was not the biological father of Jesus. Mary was a virgin when she was impregnated by God. Before she and Joseph came together sexually, Mary was discovered to be pregnant, and Joseph did not have sexual intercourse with Mary until after Jesus was born. Jesus Christ, our Savior, was born of a virgin by divine conception and, unlike Adam, he lived a sinless life, thus qualifying him to be the perfect substitutionary sacrifice for the sins of mankind, which he accomplished on the cross.

[1] For more on the Biblical Unitarian position, visit BiblicalUnitarian.com.