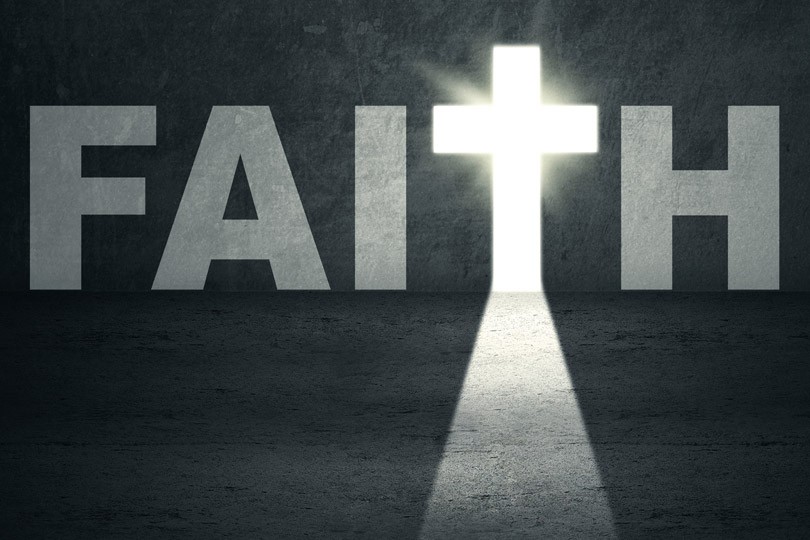 There is an almost universal desire among humans to be happy. For most of us, that means being healthy and successful. But how do we achieve those things? Many Christians say, “By faith.” But is that true? Although the word “faith” occurs many times in most English Bibles, there is a lot of confusion about what “faith” is, and a huge amount of wrong teaching about it. We will see in this article that faith is not “belief in something for which there is no proof,” nor is it some kind of force that we control that brings us what we want in life.

The Word of Faith movement, which has been a prevalent movement in Christianity for a number of decades now, teaches that “faith” is the key to getting what we want from God; but as we will see in this article, our minds cannot produce a force that acquires things for us. Instead, God is the One who blesses us in life, and when He gives us what we ask for, it is due to many things, including our trust in Him, prayer, humility, and His grace.

The purpose of this article is to explain “faith” and “trust.” In it, we will see that that “faith” is so misunderstood and misused that it is no longer a good English translation of the Greek word pistis. Most of the occurrences of pistis in the New Testament should be translated “trust.”

“Trust” is a Better Translation than “Faith”

In the places where most other English versions of the New Testament have “faith,” the Revised English Version New Testament that is produced by Spirit & Truth Fellowship International reads “trust.”[1] “Trust” is a better translation than “faith” for a couple of reasons. There is a lot of confusion among Christians about faith, so it is very important to demystify it and become clear on what it is.

In the New Testament, “faith” is most often translated from the Greek noun pistis (#4102 πίστις), which, like many other Greek words, has several meanings, including “faithfulness, reliability,” (Prov. 5:22 LXX; Rom. 3:3); “oath, troth” (3 Macc. 3:10 LXX); and “proof, pledge” (Acts 17:31). Also, in the New Testament and later Christian writings, pistis was used as a designation for the entire scope of religious practices and beliefs of the followers of Jesus, as in “the Christian Faith” (Gal. 1:23). However, when pistis is translated “faith” in phrases like “faith in God,” “faith in Christ,” or “have faith,” it simply means “trust,” “confidence,” or “assurance.”

Pistis was a common Greek word and would have been well-known and regularly used by the Greek-speaking people who read the New Testament. The early Christians would have readily perceived the meaning of pistis as “trust” or “confidence,” and that meaning can be easily confirmed by checking any good biblical lexicon or Bible dictionary. For example, pistis has been defined as:

These few examples could be multiplied many fold, but the point should be clear: the biblical meaning of pistis in phrases like “pistis in God” is “trust.”

Hebrews 11:1 also defines what pistis is: “Now faith [pistis] is confidence in what we hope for and assurance about what we do not see” (NIV2011). The NASB uses slightly different vocabulary but gives the same message: “Now faith is the assurance of things hoped for, the conviction of things not seen.” So the Bible itself defines pistis as assurance or confidence in something, and a good way to express that in English is through the word “trust.”

Where the Word “Faith” Came From

It is easy to see why pistis, which means “trust” or “confidence,” came to be translated “faith” in our English Bibles. When the New Testament was translated into Latin, the Latin word fides (pronounced feeˈ-dace), which means “trust,” was often used to translate the Greek word pistis. And fides was a good translation because just as the Greek word pistis meant “trust, confidence,” so did the Latin word fides. As the English language developed many centuries later, the Latin word fides became the root of the English word “faith” (in contrast, the English word “trust” has Indo-European roots and came into our language via the Old Norse. The English language was built over time from many different word-roots, which is a major reason why modern English has so many words that seem to mean the same thing).

“Take It by Faith” is not Biblical

The statement “take it by faith” has echoed throughout Christianity for centuries, but it never occurs in the Bible and is not a biblical concept. Why not? Because we cannot make ourselves trust something that is untrustworthy or that we do not understand. Translating pistis as “faith” instead of trust has obscured this simple truth because most people are not really sure of what “faith” is. We can “accept” that something is true and not argue about it even if we don’t understand it, but “accepting” something is not “trust.”

Once we realize that pistis means “trust,” we can see that the phrase “take it by faith” is equivalent to “just trust me.” When a salesperson says “Just trust me,” we become suspicious and are inclined not to trust them. Similarly, we should think twice when someone is talking about a biblical subject and says to “just take it by faith.” If we are ever told to “take it by faith,” that is a signal that the person teaching us cannot explain the doctrine he or she is teaching, and/or that the doctrine is untrustworthy.

Over the centuries, doctrines were brought into Christianity that were not biblically sound, and some of them were not even logical. When those doctrines were questioned, since there was no proper biblical answer, the answer given by the church authorities was simply, “take it by faith.” Sadly, the history of the Christian Church is replete with examples of wonderful Christians who were pressured or tortured into taking things “by faith” that did not make sense to them. Thus, over time, “faith” came to mean belief in something for which there is no proof. The average Christian is not enough of a linguist to know that the modern definition of faith is not the actual biblical definition, so they wrongly think that “belief in something for which there is no proof” is a biblical definition of “faith.”

In the 20th century, the meaning of faith changed again for many Christians, although the meaning of “belief in something for which there is no proof” has remained alongside the newer meaning. In what is now called “the Word of Faith Movement,” the word “faith” has come to denote a power or force of the mind that can appropriate things, or make God or “the universe” bring things to pass. Although many denominations reject the teaching of the Word of Faith Movement, for millions of Christians, “faith” has come to refer to a power of the mind or will that taps into God’s power and thus can bring material things into one’s life, move mountains, produce healing, bring financial wealth, and more. However, biblically, “faith” is not a force or a power of the mind, and in the next section we will examine why many people have come to think that “faith” is a force that can affect the physical world.

Click here to read PART 2 of this Faith series!

[1] Read the Revised English Version and its accompanying commentary at RevisedEnglishVersion.com.