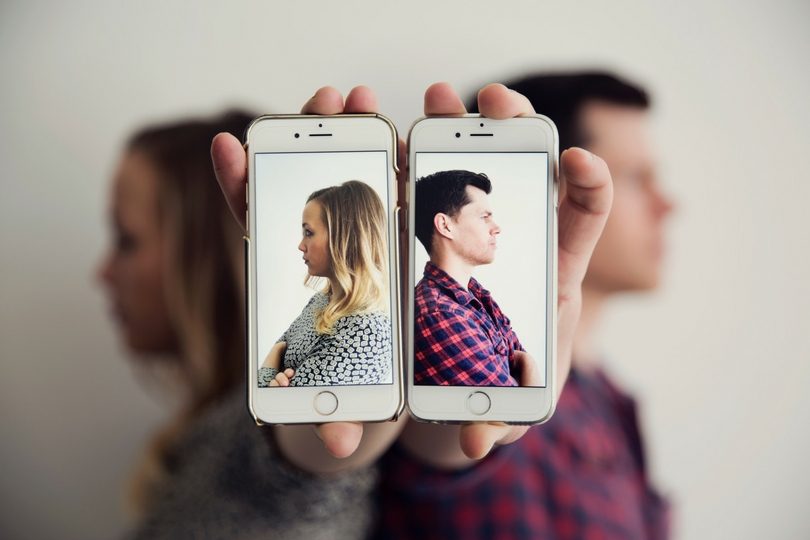 There is an ongoing debate among Christians as to whether or not a Christian minister should be allowed to divorce—or if a divorced person can still minister in a corporate capacity. The Bible says ministers are to be “the husband of one wife” (1 Tim. 3:2), and some Christians believe that if you are divorced, whether you are remarried or not, you are no longer “the husband of one wife.” But does this phrase mean “not divorced?” No, it does not. Primarily it forbids polygamy, but perhaps as importantly it refers to being “a one-woman man.”

We must keep in mind that the biblical culture was male dominant, so much of the biblical text was written from a male-oriented perspective, but the relationship also works for women. In the first century Church, women were known to be apostles (Rom. 16:7) and deacons (Rom. 16:27), so the commands to male leaders in Timothy and Titus can also be applied to female leaders—they must each be “the wife of one husband.”

The teaching that Christian leaders were to be “the husband of one wife” was important for the first-century Church because of the sexual practices that were rampant at the time. When Paul was writing, there were a number of cultures present in the biblical world, including the Greco-Roman culture anchored in Italy and Greece, and the culture of Palestine that had anchors in the nations, tribes, and areas mentioned in the Old Testament.

During Paul’s time, the Greco-Roman culture was monogamous; Romans and Greeks married one wife. By the time of Christ and Paul, the even the Jewish rulers were generally monogamous. The days of Jewish leaders and kings like Gideon, David, and Solomon having multiple wives had come to an end; but polygamy still occasionally occurred, so the command to only have one wife was a change to the commands that had been handed down since Moses. Also, witnesses for Christ traveled east to the desert tribes and beyond, and polygamy still flourished in many of those areas.

But the vocabulary of Timothy, along with other complementary verses in the New Testament such as 1 Corinthians 7:2, showed that the directive to Christian leaders was deeper than just about having multiple wives: a Christian leader was not to have more than one “woman.” In the ancient world it was considered abnormal for a girl not to marry, and this affected both the Hebrew and the Greek vocabulary of the Bible. So, for example, the Greek word for “wife” and “woman” is the same: gunē (#1135 γυνή), from which we get our English word “gynecology,” literally, “the study of women.” Similarly, the word “husband” in 1 Timothy 3:2 is aner (#435 ἀνήρ), which is used both of a “man” and a “husband.”

So, the primary interpretation of 1 Timothy 3:2 is the “husband of one wife,” but especially when we read it in light of other scriptures in the New Testament, we can see that it also has overtones of a leader being a “man of one woman.” That deeper interpretation had huge implications in the first century Greco-Roman culture—where it was the norm for a man to have only one wife, but it was also the norm for a man to have more than one woman. For example, any slave was considered the sexual property of the owner, so for the men of the house to have sexual intercourse with the household slaves was not only accepted, it was more or less expected; and in Roman culture even slaves could own their own slaves if they could afford it. It was also the common custom that if a family had the financial means to afford an extra bedroom in the house, a man and his wife would usually sleep apart, giving the man ample opportunity to be with the slaves. Thus, Jerome Carcopino wrote in Daily Life in Ancient Rome, “…slavery degrades and besmirches marriage if it does not wholly stamp it out.”[1]

Prostitution was also common in the Roman world, and a man visiting prostitutes was not considered wrong. In fact, occasionally at a high-class dinner party, prostitutes would be made available to the dinner guests. However, we should note that there was a totally different set of expectations for men and women; women were not allowed the sexual freedom the men had, although there are many accounts of women who ignored expectations and were powerful enough to get away with it. Christianity introduced godly sexual practices into the Roman world, and Scripture is clear: a Christian leader is to be a one-woman man or one-man woman, which includes being faithful to one’s spouse, not having affairs on the side, and not having mental obsessions about others (cp. Matt. 5:28).

Can A Divorced Person Become a Minister?

The question remains: is a divorced man (or woman) a “one-woman man” in the eyes of God? The grammar and the context of the lists of behaviors and character traits in Timothy and Titus reveal that the actions mentioned in the lists refer to present behaviors, and does not include past behaviors. To understand this, let us take the example of alcohol use, one of the other behaviors in the list. Christian churches do not forbid a person from being a leader if he or she abused alcohol in the past but is sober now, and the reader is to understand that that is the standard for the whole list. The leader must be above reproach now, not be violent now, not be quarrelsome now, be clearheaded now, not a lover of money now, etc. In fact, it is well known that many of the best pastors are people who led troubled lives in the past, because they have actually experienced the trouble and deliverance that they teach about.

The men and women of the Bible are also examples showing that the leadership qualifications in Timothy do not include past behavior. Paul was certainly violent at one time in his life, but that did not disqualify him from being an apostle and a great leader. In the same way, “the husband of one wife” is not forbidding a divorced person from being a minister, but rather is saying that he cannot be the husband of more than one wife, or a man of more than one woman, now.

Some commentators disagree with the conclusion that a divorced person can be a minister, a point they sometimes substantiate by the writings of certain Church Fathers. However, we must keep in mind that belief about the inferiority of women, as well as about the pleasures of the world being evil, crept into the Church over the centuries. Thus, there were later Church Fathers who taught that women were inferior to men, and also believed that sexual intercourse with a woman had a deleterious effect on a man’s spirituality. Those beliefs became a major reason why only a few centuries after Christ, the Roman Catholic Church decreed that priests must be celibate and forbade them from marrying.

Is a Minister Allowed to Divorce?

Certainly one of the most conclusive pieces of evidence that Christian ministers can be divorced is that God Himself is divorced. Ezekiel 16:8 shows us that the covenant that God made with Israel at Mount Sinai, which we refer to as “the Old Covenant,” was a marriage covenant. Israel is also said to be God’s wife in many verses (cp. Isa. 54:5-6; Jer. 3:14; Ezek. 23:4; and Hos. 2:7). Yet Israel committed adultery and went after other gods (cp. Ezek. 16:25-34). Israel was so obstinate and set on sin that God finally had to divorce her and send her away. Isaiah 50:1 (ESV) says, “Thus says the LORD: ‘Where is your mother’s certificate of divorce, with which I sent her away?’” Jeremiah 3:8 (ESV) says, “She [Judah] saw that for all the adulteries of that faithless one, Israel, I had sent her away with a decree of divorce.” So even God could not stay married to His unfaithful wife, and ended up divorcing her. If God can still be our God even though He is divorced, then it seems His ministers can be divorced as well.

In saying that a divorced person can be a Christian minister, we are not saying that God likes divorce; He does not like it at all (Mal. 2:16). His intention was that a man and woman would stay married (Matt. 19:4-8). It should also be noted that many divorced people are not qualified to be Christian ministers for reasons related to the divorce. Christian ministers are to be above reproach, gentle, reasonable, not violent, not quarrelsome, and self-controlled. In contrast, some divorced people are bitter, quarrelsome, vengeful, and even violent, and in those cases it is not the divorce that disqualifies them from ministry, but those ungodly traits.

It is a great privilege to lead God’s people, and anyone in leadership needs to be constantly mindful that their actions affect how people think about God. God gives us lists of the qualities and character traits required of leaders so that the Church is led by men and women who follow God and are good examples to the flock. Past sins do not disqualify a person from leadership, but every leader should take the leadership qualities to heart and be the best example they can possibly be for God and His people.