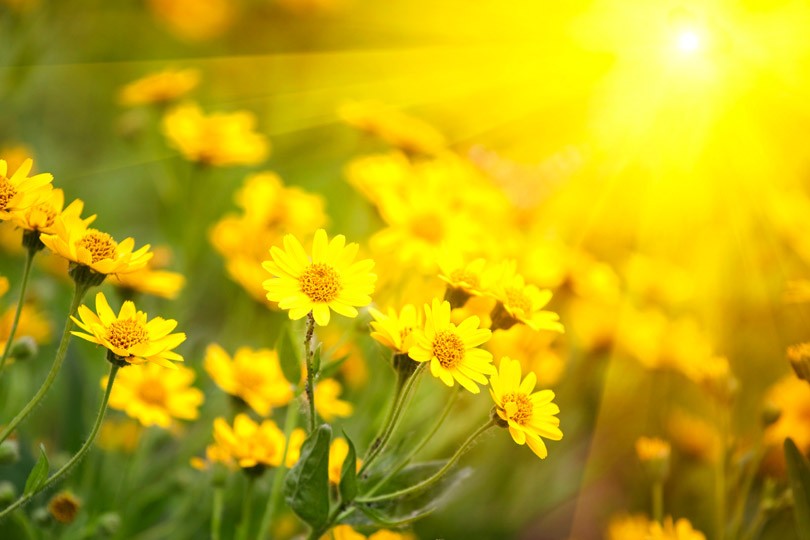 If your answer is yes, then you are not alone. Let me preface this article by saying that I am bad at peace. Seriously. I’m downright horrible at it. I suffer from depression, panic attacks, and all the lovely physical, emotional and spiritual side effects they entail. The Devil, who comes to steal, kill, and destroy, certainly has the corner on finding ways to steal our peace—sometimes in sneaky ways we don’t even notice. But through my own struggles with a lack of peace and all it entails, and through conversations with friends and family facing similar struggles, I’ve been able to identify some of what works and what doesn’t for all of us when it comes to striving for peace. (Please note, I’m not claiming that every case of stress, depression, and panic can be simply “cured” by taking the measures below. Sometimes our struggles are a result of chemical imbalances in the brain, deep psychological trauma, or medical conditions that require professional attention. But taking personal steps toward claiming peace can be helpful nonetheless!)

Stress triggers are different for everybody. Some of them are woven intricately with details of our history—past trauma, devastated hopes, unfulfilled dreams. Others can be environmental, like being in a small space if you’re claustrophobic or stepping into a large room when you’re agoraphobic. My personal experience is that my greatest triggers are prolonged solitude, reflection on past traumas, letting my imagination run too wild…and low blood sugar. Yes, the brain and gut are so deeply integrated in their functions that going for longer than a few hours without some kind of intake can, for some people, cue a depressive episode or an anxiety or panic attack.

Avoiding triggers can often require what many would consider “unconventional” practices—like stepping back from a situation that sparks a negative reaction. While this kind of preventative measure can occasionally garner remarks about how people should not avoid their triggers, but instead “buck up” and “get over it” and “not be so sensitive,” the fact remains that the best course of action can sometimes be to rally rather than to throw ourselves repeatedly against a situation that causes us suffering. A personal motto of mine, derived from a TV show quote, is, “Retreat, regroup, return, retry.” Everyone has their triggers, and avoiding the things that fuel our negative thoughts, at least until we are prepared in our hearts and minds to face them, can greatly improve our ability to take control of our thoughts and bring them around to a place of wholeness and true peace.

Focus on the Positive, not the Negative

Well, wait, I hear you say, isn’t that the same as avoiding triggers? Yes and no. While the negative things in life can sometimes be triggers, not all triggers are specifically negative things. Take aloneness, for example. As an introvert, I need to be alone in order to recharge; but being alone is also a verdant field for my mind to start in on stressful thoughts that lead to panic attacks and destroy my peace. The aloneness in and of itself is not a negative thing…the fact that I allow my mind to be triggered by it, however, is. In today’s day and age, the same technology and social reach that provide us with the latest news at the tips of our fingers have also, unfortunately, given us immediate access to the negative, depressing, and just downright miserable things in life. With the empathy of Christ, it can be hard to avoid reading a news story about a child dying of cancer, a dog beaten and left for dead, a newlywed couple killed in a freak accident; we look at these things with a punch of compassion that wants desperately to step in and mend the situations.

It’s not just Christians, either. There’s a part of the human psyche that’s drawn to the negative; psychologists postulate that the brain’s “negative tripwires” are far more sensitive than its positive ones. Luckily, however, we know that we are absolutely capable of “bringing every thought captive in obedience to Christ.” Often this requires of us to avoid (or at least limit our intake of) those new stories, Facebook information pages, and well-titled articles that bait us into learning about the next crisis or someone else’s misdeeds or suffering. There’s wisdom in knowing what’s happening around the world, and especially in knowing who or what we can pray for—but often we can become so engrossed in events happening worldwide that we’re triggering our own depression, which prevents us from really investing ourselves in prayer and meditating in God’s Word, both sources of hope rather than despair. Focusing on the positive can serve to rewire our neural patterns and gear us to instinctively search out the good, which in turn triggers a hormonal and chemical release which induces feelings of wellbeing and peace, reducing levels of stress.

We live in a day and age where we’re culturally cursed with the disease of busyness. There’s nothing wrong with productivity, and Scripture even cautions not to allow sluggishness to creep into our lives. But there’s a difference between being productive and being busy. Until relatively recently, society allowed for a time between sundown and sunup where man was able to eat, sleep, and recover from a hard day’s toil. God even commanded His people to set aside a full day to do nothing but worship and rest. Nowadays, “go mode” is the norm for many, if not most, people. And it doesn’t allow much time for rejuvenation. There’s a reason one of the most popular verses of all time says “Be still and know that I am God.” This doesn’t refer to literally sitting rooted in one spot for so long our legs go numb—being still can also refer to an inner stillness; an active choice to stop thinking about the umpteen chores at work, the latest news report on war, and the backed up septic system, and instead to grab on with both hands to a quiet mind. It takes practice to be still, because from a young age most people’s lives are in high gear and it’s hard to downshift. But there are calls throughout the Bible, and especially in the Psalms, to mediate on God’s word. It’s easier to do this when we carve out some time—in the car, before bed at night, in the shower, whenever—to get quiet, turn off our bouncehouse thoughts, and really focus on stillness, peace, and God.

Swap Out the Junk

Once we’ve identified and eliminated the negative input that helps to corrupt our peace, we have to learn how to battle the negativity we have no control over. Negativity is a part of life—we live in a fallen world, and bad things happen that we often have no control over. What we can control is how we react to the inevitable fiery darts of the Enemy. This is where meditating on Scripture and godly principles come so in handy, and it’s why in large part, I believe, God cautions us to hide His word in our hearts over and over. Negative thoughts, feeling of depression, and even panic and anxiety attacks can in some instances be forestalled or even eliminated entirely when we focus on Scriptures that tell us how God is our sword and shield, how the One who is in us is greater than the one who is in the world, how our future hope is assured, and so on. I’ve personally found that if I have no positive, uplifting or godly thought to counterbalance the things that stress me, I’ll start down a rabbit hole of dark notions that will inevitably dead-end in a panic attack that can take hours to wind down; but whenever I can bring those thoughts captive and regain control of my mind, especially seeking peace in the promises of God, the panic diminishes or disappears entirely. A mentor in the Scriptures once taught me that our brains are filters, and what comes in is what comes out; I would go even further to say that what goes in is what fills the little holes in our filters and sits there until we clean it out. If we’re filtering through positive, what comes in and sits and what goes out and affects change around us will be positive. It’s the same way with negativity…negative in, negative out, and negative sits until the filter is cleaned or changed.

We can make strides toward true peace—the peace Christ gave us—when we take responsibility in limiting our negative intake, and instead rest and take strength from the promises and actions of our flawless Heavenly Father and his Son, the Prince of Peace, filling our cups to overflowing with their love and peace rather than with the evil disillusionment of a dark age. It all starts when we decide to take control of our minds.